Projects Entropy as a Service

Entropy as a Service EaaS

Base EaaS Architecture Without A Decentralized Root Of Trust

In this example, the client system is 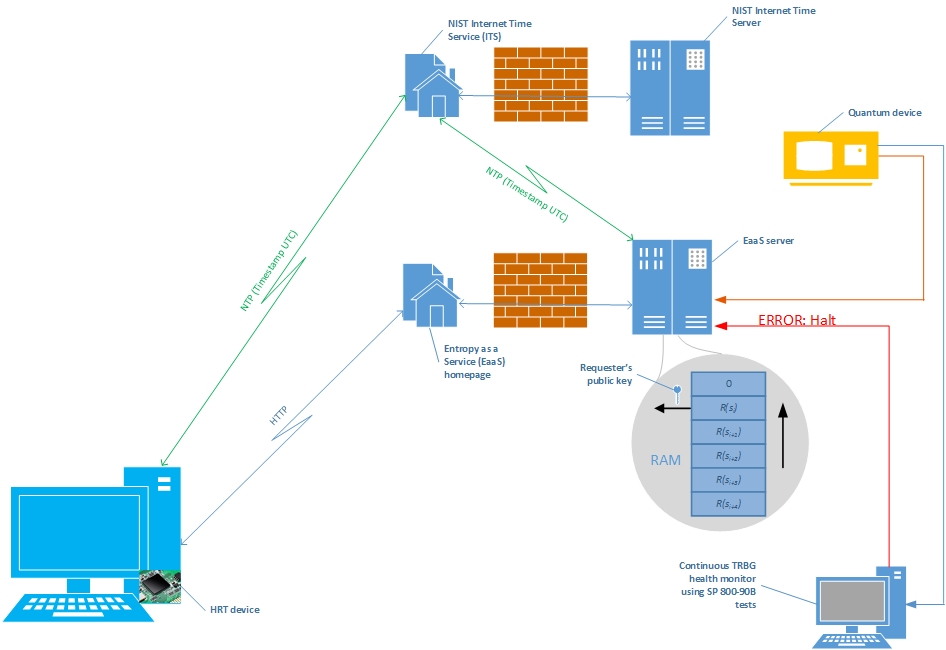 equipped with a Hardware Root of Trust (HRT) device. Examples of HRT devices are the Trusted Platform Module, Intel® Identity Protection Technology, and the ARM® TrustZone technology. The client system runs a dedicated software application capable of interfacing with the local HRT device on the one end and with the EaaS on the other end. The application communicates with the entropy server using standard plaintext protocols, such as HTTP.

It is strongly recommended at a minimum two independent EaaS instances located in different geopolitical locales be used as remote sources. The resulting data from the randomness extraction process shall be provided as a seed to a NIST approved DRBG. The seeded NIST approved DRBG on the client system or inside the HRT device shall then be used for generating cryptographic keys using NIST approved methods.

This construction ensures that an attacker would not have any meaningful advantage to gain insight into the cryptographic keys generated locally on the client system.