This research grew out of our 2001 paper on failures in medical device software, which found that the failures were triggered by only 1 to 4 variables interacting. Surprisingly, although "pairwise" testing had been popular for many years, no one had looked at the actual distribution of failures by number of interacting factors. We continued this work and published other papers finding that all, or nearly all, software failures involve interactions among a small number of variables, no more than 6, in thousands of failure reports. Below are some of  our research areas. If you'd like to find out more on any of these topics, please email me: kuhn@nist.gov.

Oracle-free testing - Software testing normally requires that for each test, there is an expected output, known as a test oracle.  Combinatorial methods make it possible to detect a significant number of faults without a conventional test oracle.

Fault localization - When combinatorial tests are run, some may detect faults in the application under test, but which particular combination of parameters is responsible for triggering the fault?

Integration into the development process - Tools and methods to integrate combinatorial testing into industrial software development, including methods to deal with the oracle problem and tools to link the input and output of our covering array generator with other software tools.

Application to modeling and simulation - combinatorial methods have potential for increasing the efficiency of simulations, detecting errors, and for analysis of simulation results.

We have friendly, formal and informal collaborations with an ever-growing number of researchers, who include: 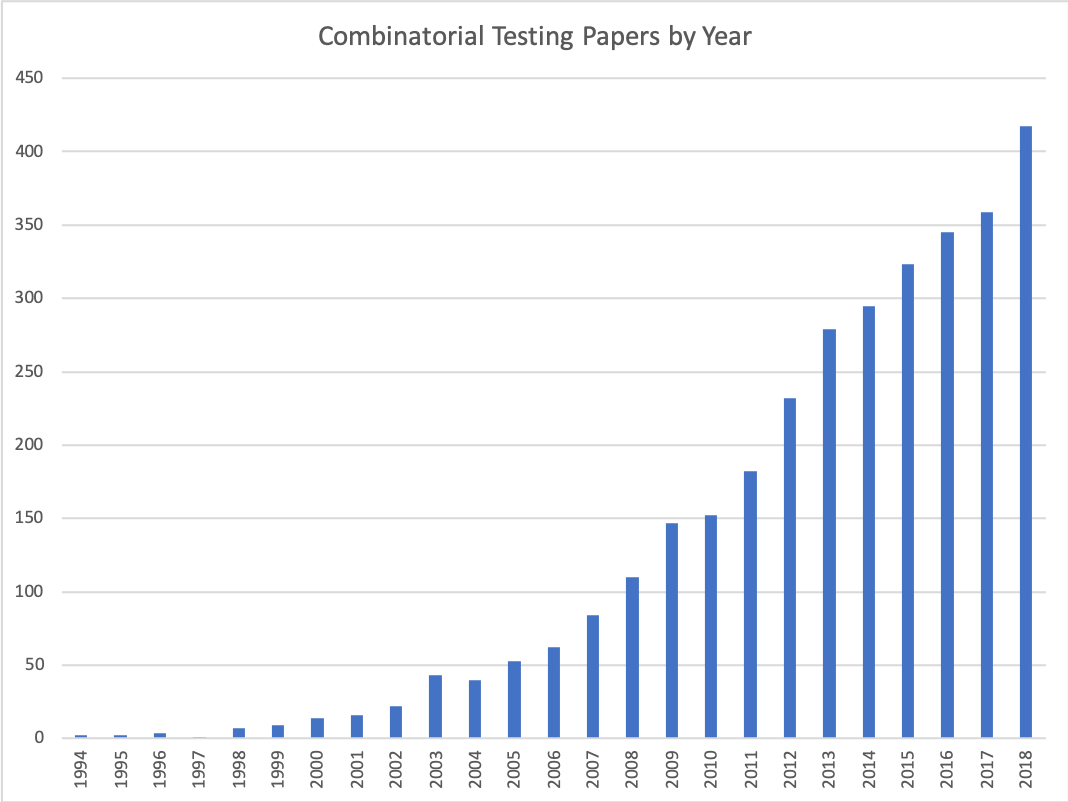