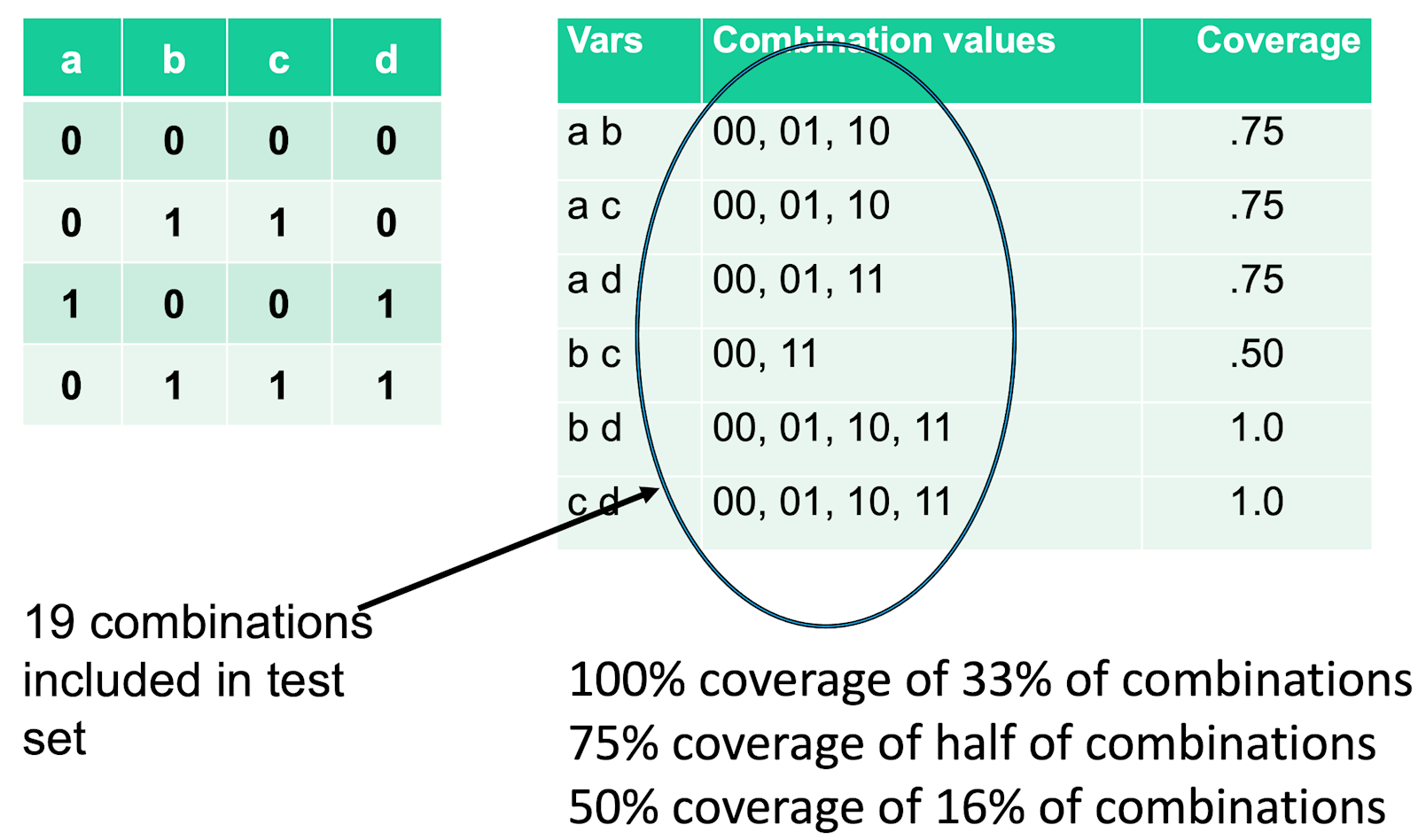 To visualize the data above, we can imagine rearranging the table in descending order of combination coverage: 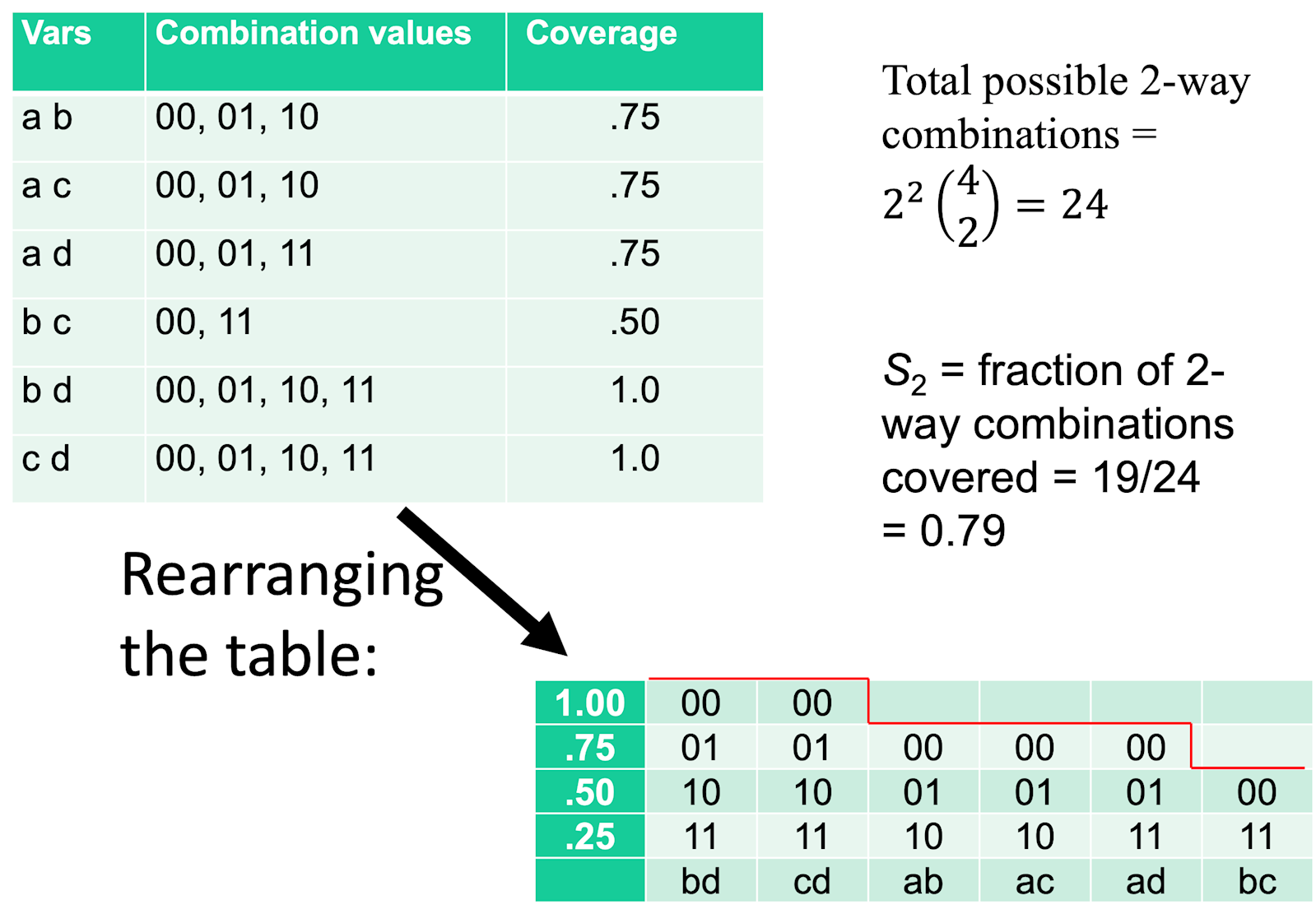 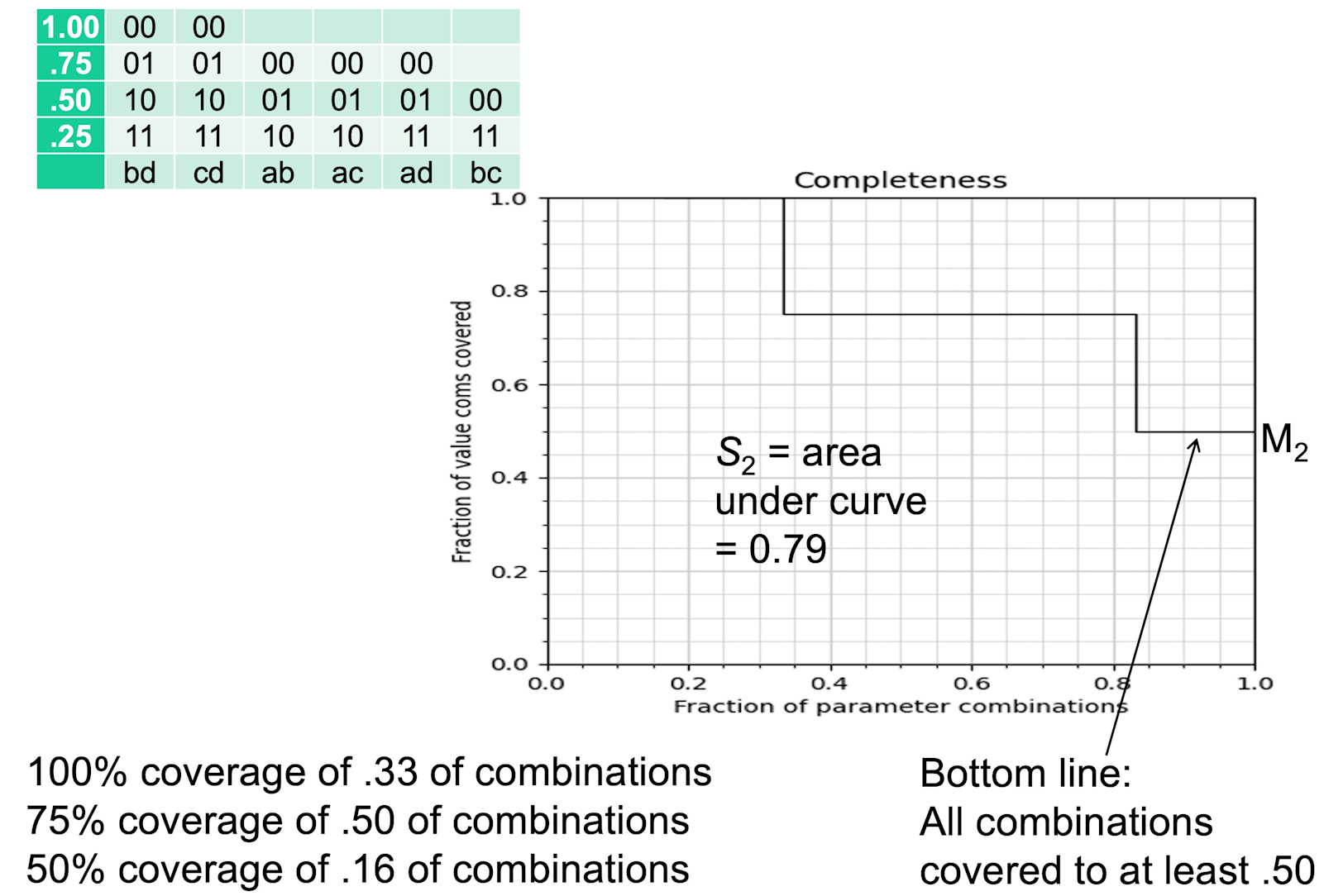 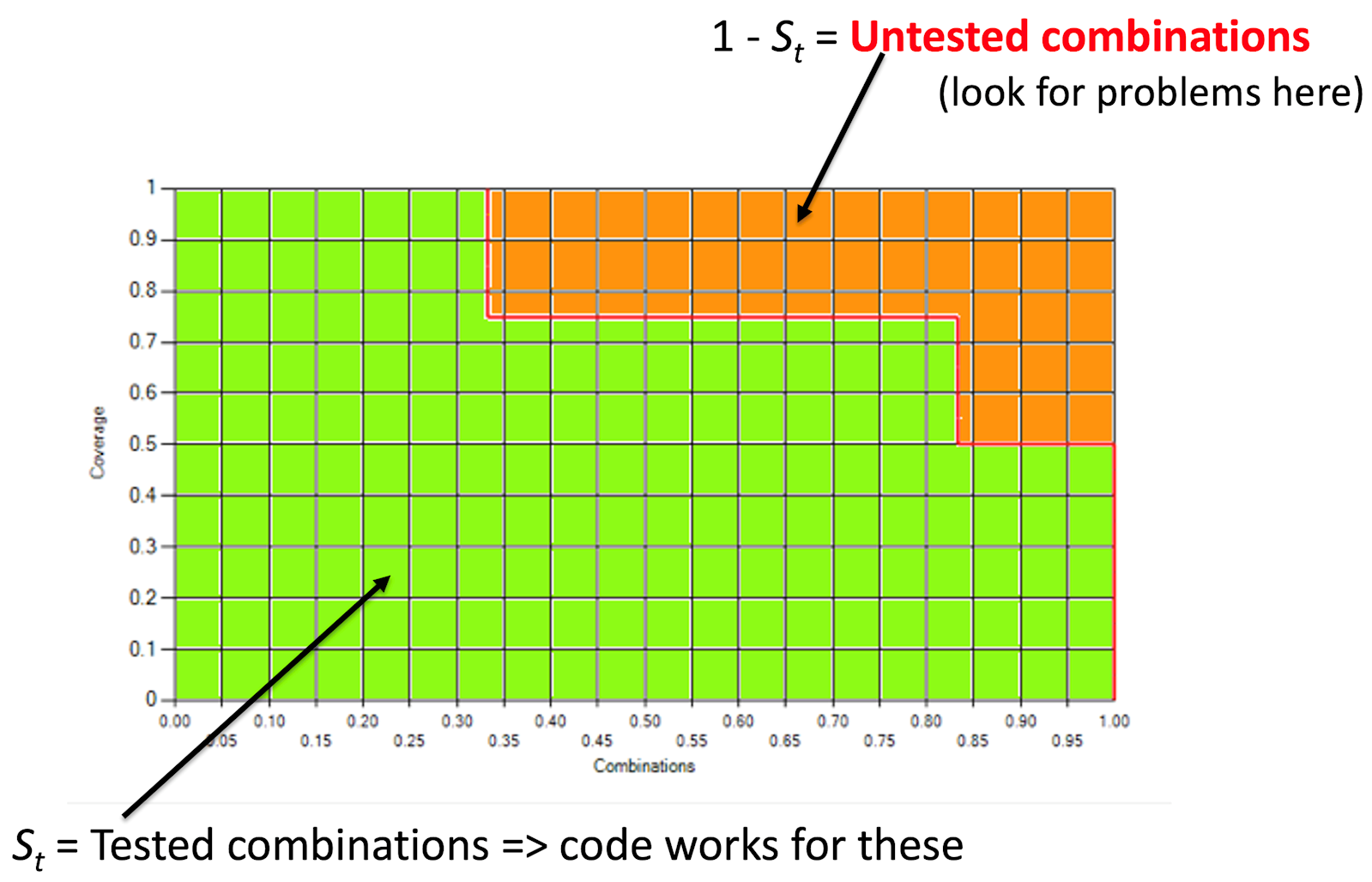 Note that the non-covered proportion of the graph refers to input space coverage, not statements or lines.  This lack of coverage of the input space holds even if we have achieved 100% path coverage, because the combinations have not been tested. 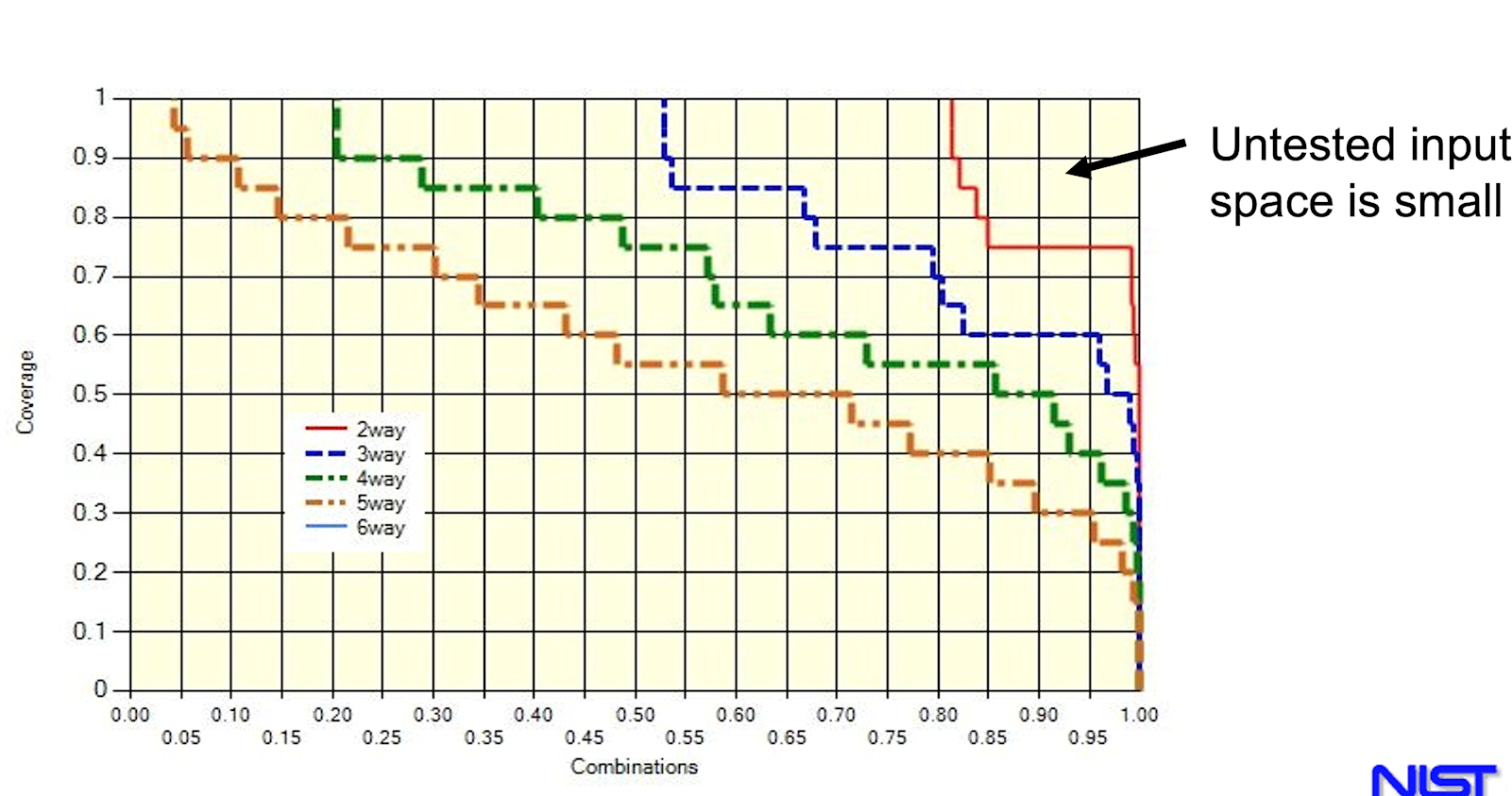